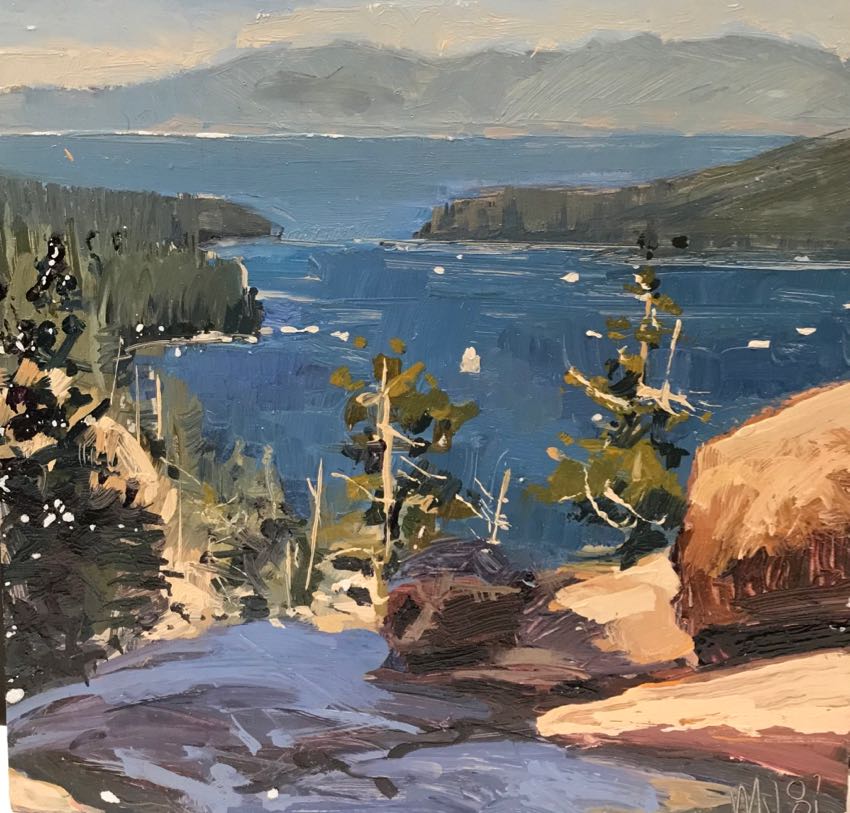 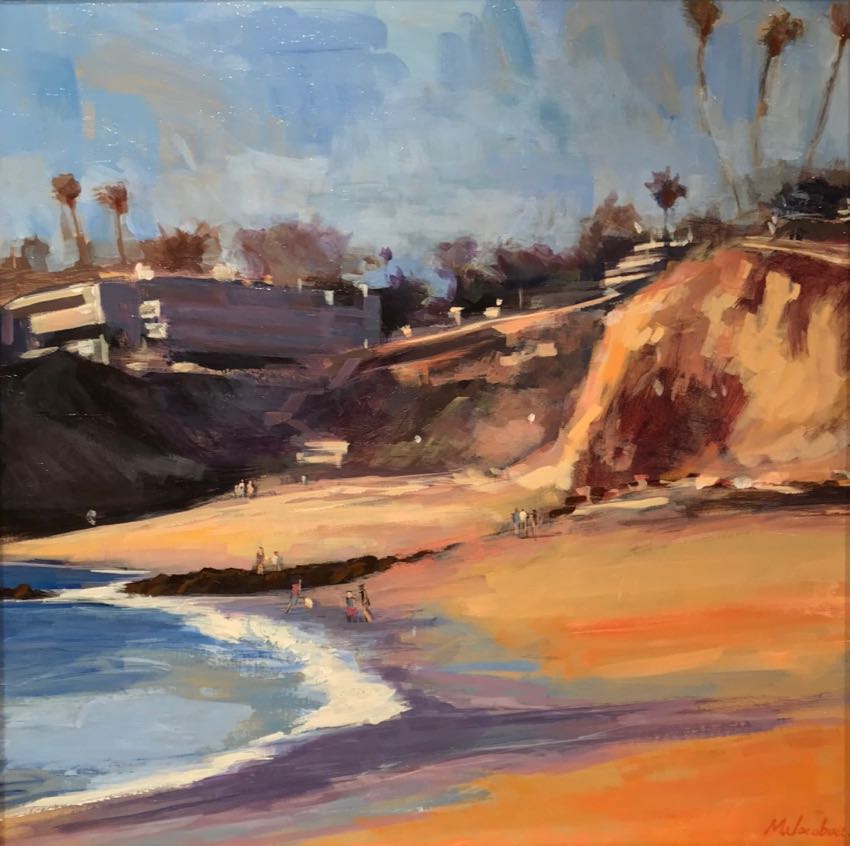 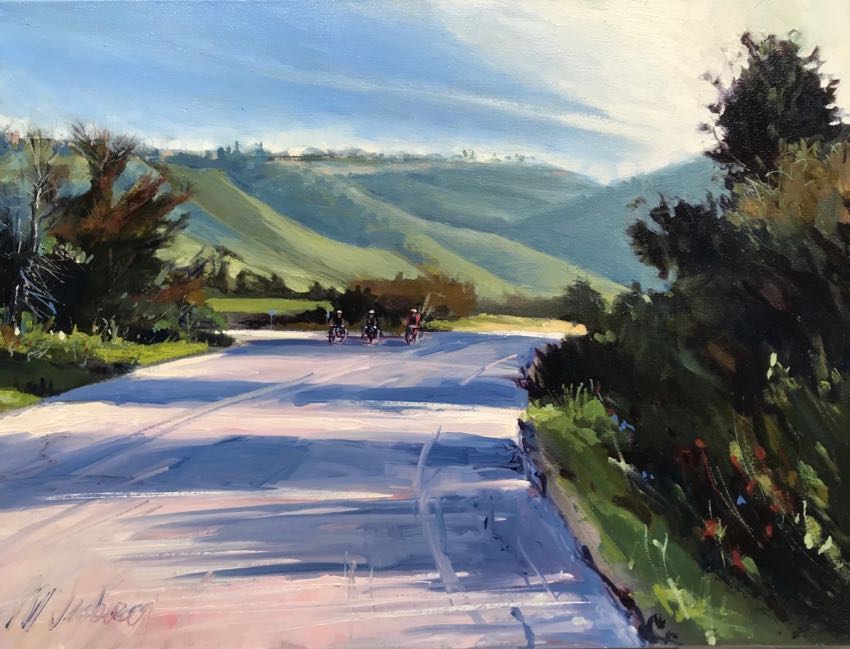 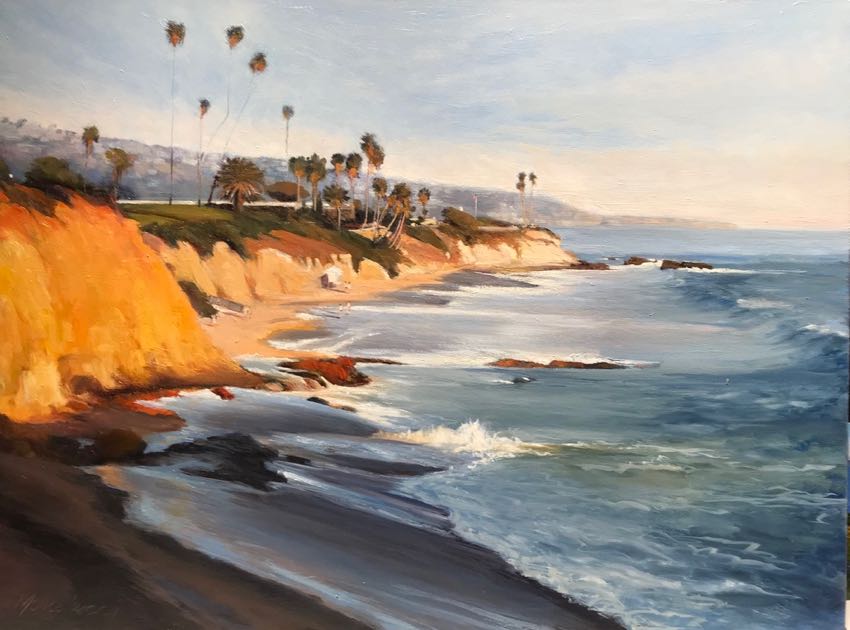 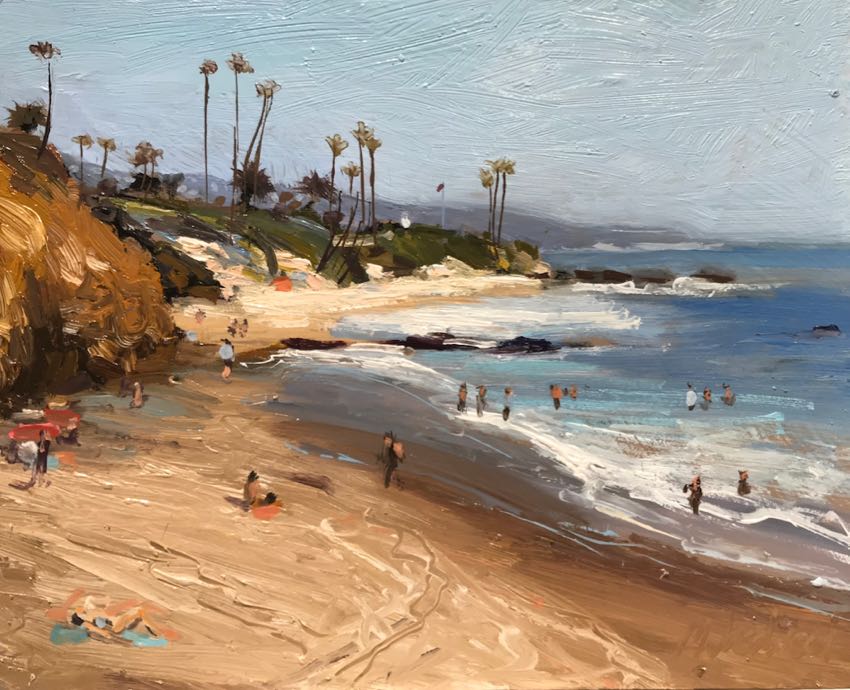 Mark Jacobucci grew up on Cape Cod, Massachusetts, where he studied painting and attended Brandeis University for a BA and the University of Massachusetts, Amherst, earning an MLA. He has resided in Laguna Beach and Laguna Niguel, California since 1985. Early influences include the painters Paul Georges, Paul Brown, and sculptor Peter Grippe, all known in the New York art scene. After receiving his Master’s Degree in Landscape Architecture in 1984, Mark came to California to work in the profession at an internationally acclaimed design firm in Laguna Beach. He continued to sketch and draw illustratives for his design projects, then renewed his passion for art by attending workshops in Laguna Beach and the Fechin Institute in Taos, New Mexico.

Mark’s paintings are primarily landscapes: beaches and coastlines, roads, alleys, and agrarian scenes. Some pieces depict areas that have since been developed or are slated for development. These he considers historical documents. Using strong contrast, vibrant colors, and loose, spontaneous brushwork, Mark paints in the plein-air, alla prima style most often in the studio.

Mark Jacobucci’s work is held by numerous private collectors and corporations and he has done many Artist Demonstrations for diverse groups.

Use the form below to inquire about Mark Jacobucci's paintings. Please note that we respect your privacy and will not sell your contact information.