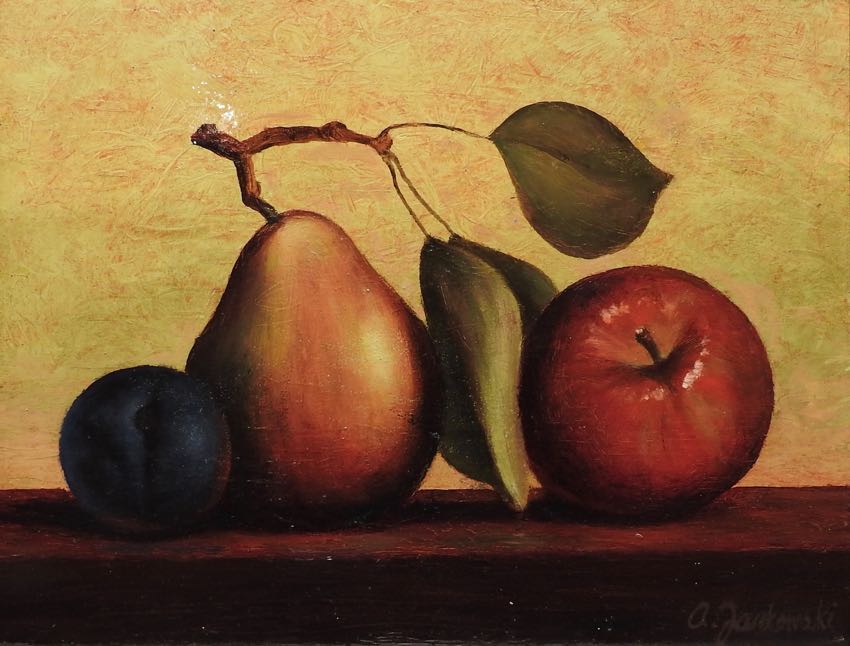 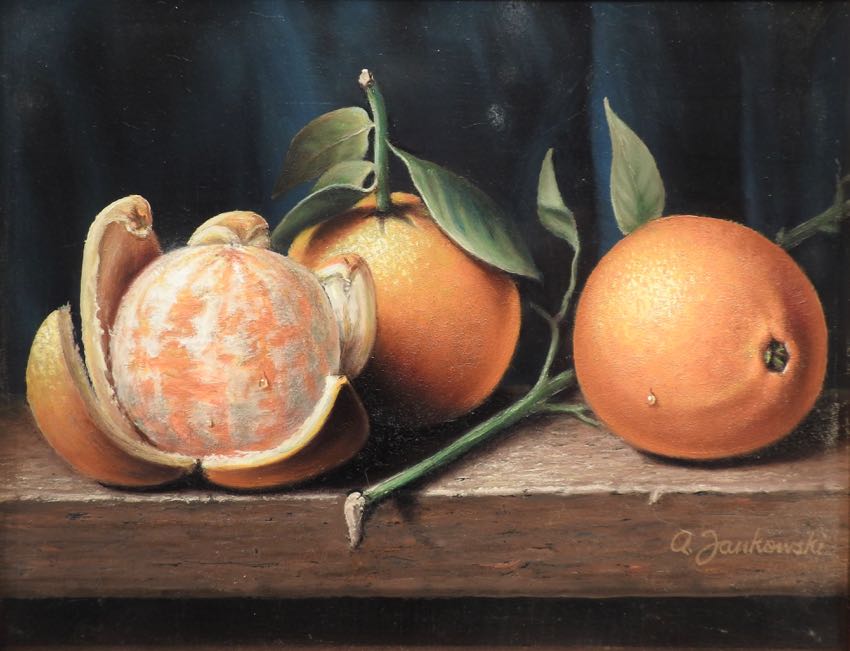 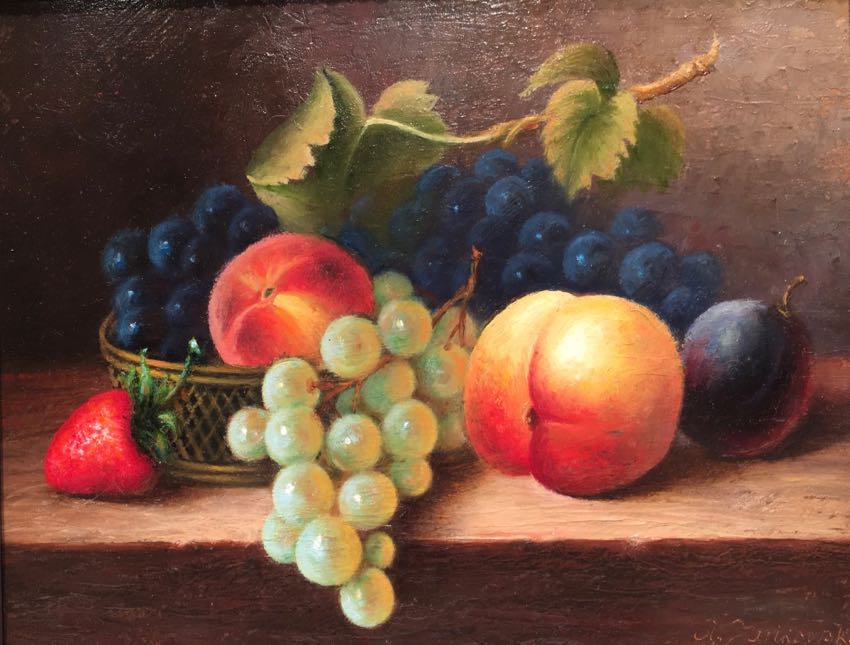 Fruit in a Basket

Fruit On A Plate 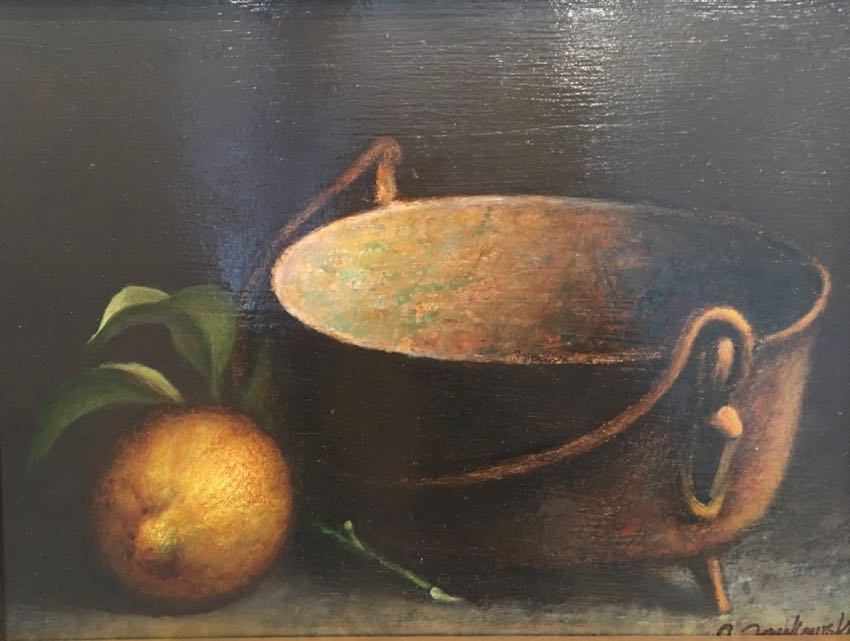 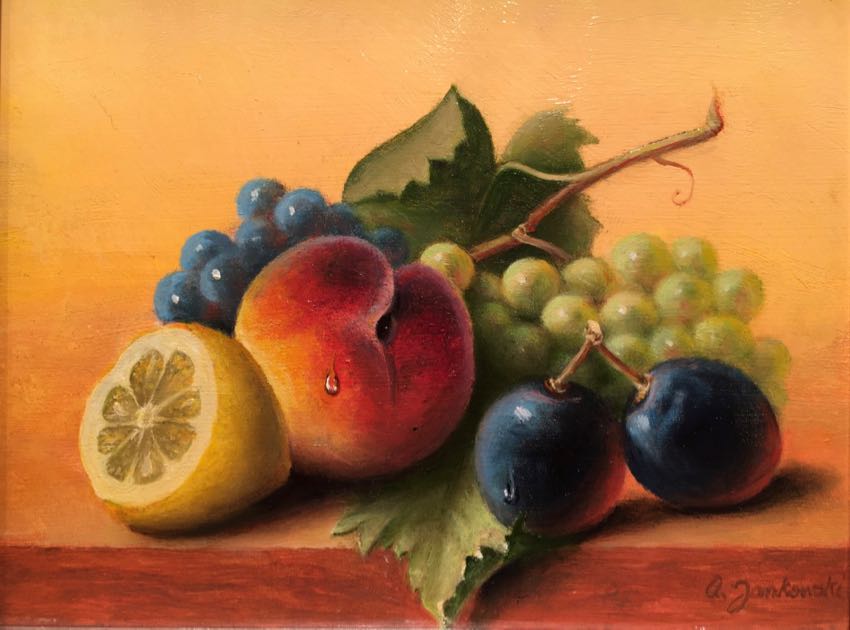 Tony Jankowski was born in Buenos Aires, Argentina. His mother, a former teacher, exposed him to European Masters, and encouraged him to draw and paint at an early age. Mr. Jankowski studied privately with several of Argentina’s leading artists. Continuing his art studies, Tony spent several years living and traveling throughout South America and Europe. He came to the United States in 1963, where he met and studied under Santa Barbara artist Claude Buck for 10 years. His paintings have been shown at galleries throughout the United States, Central and South America, and has won awards and done numerous commissions.

Artist’s Statement:
Tony Jankowski uses techniques of dynamic symmetry and golden proportions in his paintings. Tony says, “Essentially, it is a combination of mathematical proportions and values that will result in a painting with a golden point that will please the eye.”

Use the form below to inquire about Tony Jankowski's paintings. Please note that we respect your privacy and will not sell your contact information.